Combining the benefits of PACE & PPAs

Designing a solar financing structure for small commercial and nonprofit customers can often be a complicated task, frequently constrained by one or more barriers:

In recent years, two alternative structures – power purchase agreements (PPAs) and Property Assessed Clean Energy (PACE) have emerged as popular tools to facilitate long-term and cost-effective financing of solar systems. Both have specific benefits that make them attractive. And both have limitations that have kept projects on the sidelines.

Now, there may be a way to combine the two mechanisms to bring together the benefits of both approaches, and eliminate the limitations.

PPAs require little or no upfront payment by maintaining ownership with a developer or third-party entity that finances and operates the solar array. However, PPAs can often be difficult to finance for smaller off-take entities like non-profits that do not have strong credit. PPAs are also restricted in nearly half the states in the country, thereby leaving wide swaths of territory underserved.

PACE financing reduces the issue of creditworthiness because its tied to the property, not the specific off-taker, and is transferable upon sale of the property. However, PACE generally does not monetize the tax benefits, thereby leaving a lot of the project’s value on the table. Thirty-four states have “enabled” PACE thru legislation, and over 20 states have active PACE programs.

A hybrid approach, known as a PACE-secured PPA, combines the efficiency of solar PPAs with the transparency and security of PACE. It is a powerful approach for scaling solar energy deployment within this large and publicly beneficial segment of the real estate market. In so doing, nonprofit community-based organizations can lead the way in bringing solar energy to small and mid-sized commercial buildings. The benefits include lower energy bills, increased environmental sustainability, and better energy reliability and resilience for vulnerable communities.

There are two variants for how a PACE-secured PPA could work, discussed at length in a new paper released by The Solar Foundation, Urban Ingenuity, and Clean Energy Solutions. One variation is much like a traditional PPA. The property owner makes PACE tax payments that are then transferred to the third-party owner. In a second variation, the property owner pre-pays an energy payment upfront.

Figure 1 below depicts a standard PACE-secured PPA in which PACE payments replace standard monthly PPA payments to the third-party owner. A PACE-secured lease would be similarly structured.

Under a PACE-Secured Prepaid PPA, the property owner pre-pays for the energy that will be produced during the entire PPA term. This prepayment is provided upfront to the third-party owner, so that on day one, the site host has paid for 15 or 20 years of electricity (depending on the term of the PPA).

This structure is most viable in situations where the site host can access separate long-term financing for the prepayment. Instead of making monthly PPA payments, the property owner makes PACE tax payments that repay the cost of the financed prepayment. These tax payments align with their utility bill savings, producing net savings and smooth cash flows.

This structure mitigates “off-taker risk” for the tax equity investor even more than a traditional PACE-secured PPA or lease, as the energy/lease has already been paid for in advance. Payment risk is now borne entirely by the PACE capital provider that funded the prepayment. While this structure adds an additional step to the process, it allows the property owner more freedom and flexibility in sourcing their PACE financing. On the other hand, it adds complexity, as it leaves the site host with two separate financial transactions to manage.

The PACE-secured prepaid PPA was the focus of a standard contract developed recently by the Solar Energy Industries Association (SEIA). That document was designed for the California market, specifically Chapter 29 of the Streets and Highways Code (one of two pieces of enabling legislation that facilitate PACE financing in that state).

According to Josh Smith, senior transaction counsel for CleanFund Commercial PACE Capital (and one of the primary contributors to SEIA’s model PACE-secured PPA), the document offers two benefits. “First, it offers the opportunity for far more efficient PACE solar transactions in California. Second, although it was designed with California regulations in mind, it offers other states a pathway forward to open the market for investment and improvement in commercial properties, including solar, energy, and water efficiency measures, and often earthquake or hurricane resiliency.”

The SEIA document can be easily modified to facilitate other state enabling legislation. This document, along with the new paper from The Solar Foundation and partners, should be a valuable new resource for local governments, solar companies, and nonprofit organizations seeking to go solar. By combining the advantages of PACE and PPAs, the solar industry has the potential to access a huge untapped market. At the same time, more community-based nonprofits will be able to provide clean, affordable, and reliable solar energy to those who live and work in their buildings. 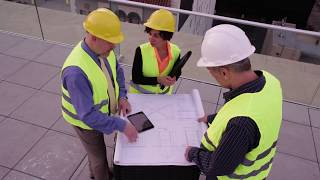